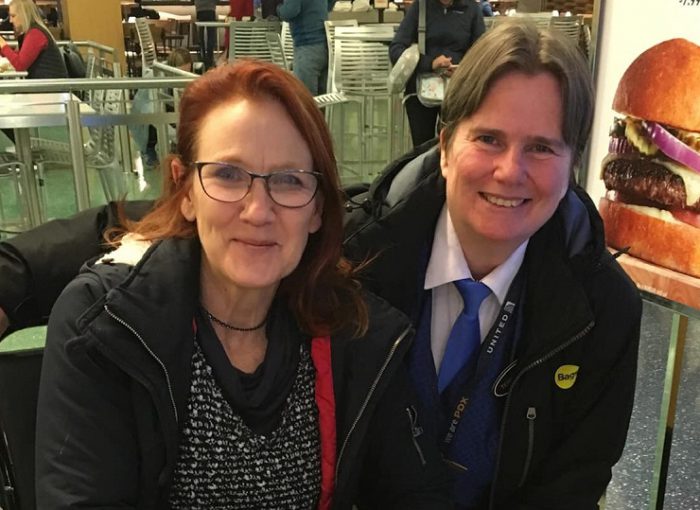 The great people who work and volunteer at the airport make it a special place to travel through. Every quarter, as a way to say thanks, we host a PDX People customer service award luncheon that honors airport employees who recently went above and beyond to help travelers.

While we had to host the awards virtually this time around, we believe it is more important than ever to give these workers the recognition they deserve. Here are a few stories from the employees that were recognized for their great customer service during the first quarter of 2020 (January – March).

A note: these moments occurred before the spread of COVID-19 in the community — so you may see or read about people standing closer than recommended today.

In February, a passenger named Gina called Tender Loving Empire in a panic when she realized her purse had gone missing and wondered if she might have left it at Tender Loving Empire. Maxine, who answered the phone call, quickly looked up security camera footage and confirmed Gina left the store with both bags.

Lost & Found had already closed for the day, so Maxine came in early before her shift the next day to check if the purse had made it there. Fortunately, it had been turned in, and Maxine called Gina to let her know and to reconnect with her lost item.

A couple of weeks later, the below letter and package arrived for Maxine: “Dear Maxine, I just wanted to send some love your way to say THANK YOU for the absolute kindness you gave me right from the start on helping to find my purse! When you called to tell me that Lost & Found had my purse I was definitely emotional. It wasn’t because it was found, but because of your heart and willingness to help me. You went above and beyond and I seriously thank you!”

Here is a note we received from a traveler about Teresa: “I cannot say a bigger THANK YOU for the assistance I received from Teresa at PDX.

Due to a canceled flight, I had an overnight stay at the airport and two trips with Teresa through security. She helped me deal with my luggage, get food and water and get to the restroom.

Traveling with a disability in a wheelchair is not a piece of cake, but employees like Teresa really helped me feel AOK (and less vulnerable napping) during my 30-hour stay.

Thank you to Teresa and the other Bags Inc. personnel who helped me after Teresa’s shift ended. Before she headed home, though, she checked on me one last time! I appreciate the kindness.”

After making a food delivery, AtYourGate’s Hali Hesson spotted two passengers, a mother and daughter, emerging from the parking garage. They ordered a wheelchair from their airline to meet them at the ticket counter, but hadn’t anticipated the long walk to get there.

Hali could see they were going to have a very hard time making it all the way to the ticketing lobby, as the older passenger was using a walker. She asked if they would like some help, which they graciously accepted.

Hali ran up to the ticketing lobby and then realized she didn’t know which airline they were flying, and therefore which wheelchair provider the passenger would need. Not wanting to waste time, she worked with Alaska Airlines to send a wheelchair pusher, even if it wasn’t the passenger’s airline, and she accompanied them back to the tunnel. There, Hali lent her arm for the older passenger to lean on while she transferred to the wheelchair.

It was a beautiful thing to witness Hali’s compassion.

While things have slowed down a lot at PDX, employees like Teresa, Maxine, and Hali continue to work hard to keep the airport safe and welcoming for anyone who needs to fly right now. We’re grateful for them and all the great PDX People who work and volunteer here. 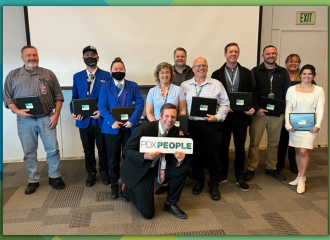 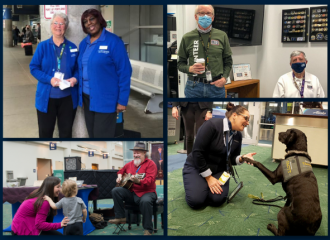