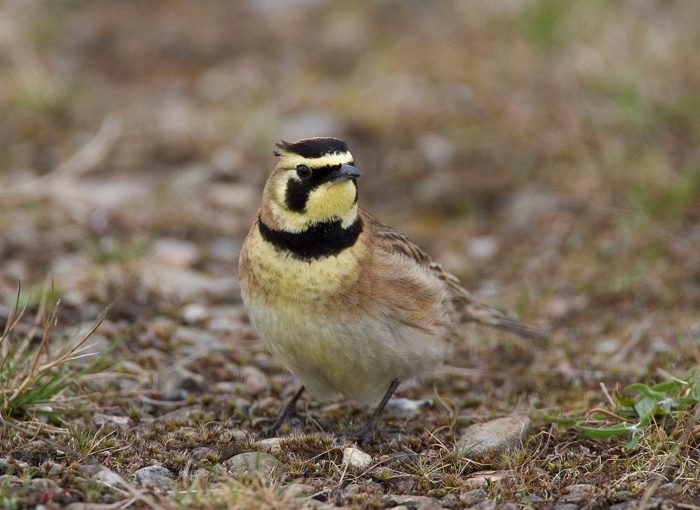 The streaked horned lark, a native Northwest songbird, can be identified by its sweet chirps and two small “horns” of feathers that fluff up toward the back of its head. The tiny bird—with yellow and rusty tones—may look cute, but the larks choose some of the most rough and dangerous areas to call home.

The streaked horned lark’s preferred habitat of sandy, sparsely vegetated areas was historically maintained by fire and floods. However, these natural forces have largely disappeared due to human settlement and the construction of dams. The birds began to settle in new homes near airports, industrial parks and military bases—places with lots of dangerous obstacles to avoid.

As a result, the U.S. Fish & Wildlife Service listed the birds as “threatened” in 2013. There were fewer than 2,000 remaining in the world.

In response, the Port of Portland undertook a unique approach to conserving the streaked horned lark.

In an unusual turn of events, we found that our dredging operations, if managed properly, could protect and preserve the species. Dredging removes sediments like sand and silt from the bottom of the Columbia River to create a safe shipping channel. When that dredge material is placed on land, it creates some of the best lark habitat in Oregon and Washington, mimicking these natural disturbances that create the bird’s preferred habitat. In fact, the U.S. Fish & Wildlife Service designated some of these dredge-placement sites as “Critical Habitat” for the species.

In 2017, we established a conservation area on one of these former dredged sand placement sites, located on Sandy Island. Near Kalama on the Columbia River, Sandy Island became the first and only site dedicated and managed solely for streaked horned lark habitat. The Sandy Island Conservation Area had been filled to capacity, meaning that no more dredged sand would be placed there. That posed a potential new problem for the land—keeping vegetation from reclaiming the area.

We developed a habitat conservation plan to keep the land sandy and sparsely vegetated for the streaked horned larks. We now conduct annual vegetation surveys at the site after lark nesting season and make regular trips to Sandy Island to clear any additional vegetation.

At the Port, we recognize the impact travel and trade can have on the environment and the wildlife that call this region home. We see it as our responsibility to minimize that impact through a range of creative solutions like Sandy Island.

Re-purposing the island as a dedicated conservation area represents an innovative solution to an ecological problem that results, ironically, from human inaction. The planning and permitting process involved active collaboration with the U.S. Fish & Wildlife Service, the U.S. Army Corps of Engineers and the Oregon Department of State Lands. A Science Advisory Team that included conservation experts from the American Bird Conservancy, the Center for Natural Lands Management, The Nature Conservancy and a team of consultants guided the plan’s development.

We are excited about what this could mean for future streaked horned lark conservation opportunities as other dredge material placement sites in the lower Columbia River are filled to capacity. Our goal is to ensure these birds continue to whistle beautiful melodies well into the future. 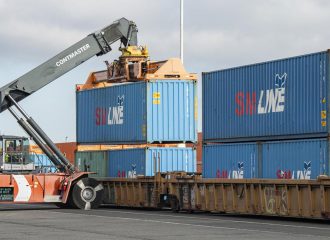