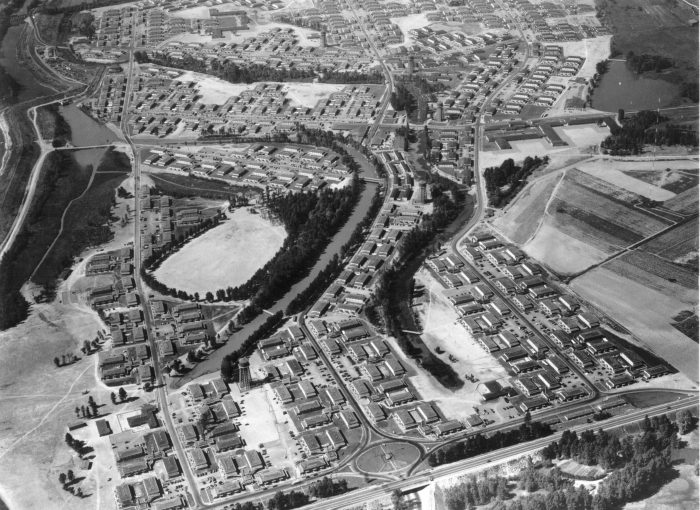 Memorial Day, 1948. The town of Vanport, once considered Portland’s second largest and most racially diverse, is completely washed away by a flood.

Officials tell residents early that fateful morning, “Dikes are safe at present. You will be warned if necessary. You will have time to leave. Don’t get excited.”

But that afternoon, a railroad berm on the Columbia River fails and the community only has minutes to escape. Within hours, Vanport is fully submerged under water.

Commemorating the 70th anniversary of the flood, we are proud to help sponsor the Vanport Mosaic Festival, May 23-28. Activities includes screenings, live performances, tours, exhibits and more. The event spans six days and seeks to remind people of the many forgotten stories of Vanport.

Vanport was rapidly constructed as a temporary housing solution in 1942, born of the war effort of World War II. Industrialist Henry Kaiser recruited thousands of people from all over the nation to work in his shipyards, including black workers from the South. The only trouble was they had nowhere to live. Portland was experiencing a housing shortage and the Housing Authority was unwilling to accommodate the influx of black workers. As a result, Kaiser took matters into his own hands and built Vanport on unincorporated land between Vancouver and Portland.

The Vanport Flood took the lives of 15 people and destroyed the homes of 18,500 residents, a third of whom were black. For these new refugees who decided to remain, the recovery was challenging—it would take years for some to find permanent homes.

“There were laws still on the books in Oregon that excluded blacks from being citizens,” says Steve Nakana, our social equity manager. For example, interracial marriage was prohibited, the state had yet to ratify the 15th Amendment—giving African-American men the right to vote, and the Fair Housing Act would not be enacted for another 20 years.

“After the flood waters receded, black residents struggled to find new homes and the city needed to adapt,” Nakana says.

As a defining moment for race relations in the state, Nakana notes that the legacy of Vanport is still felt today. “Part of this history has contributed to organizations like ours creating social equity programs that seek to balance out some of the inequities of the past and create more equitable outcomes in the future.”