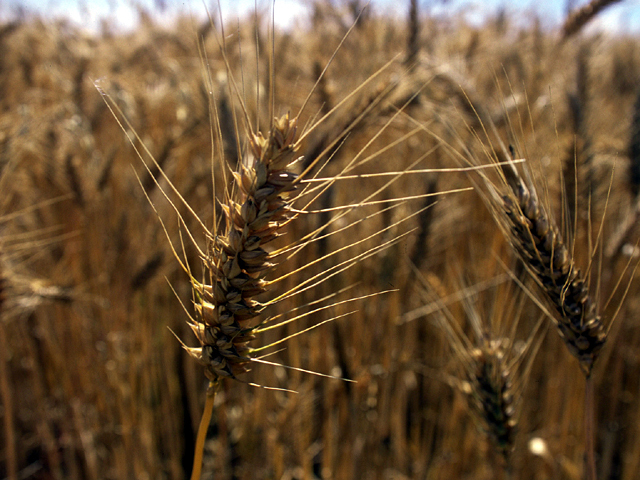 Around the world today, people are celebrating World Food Day, which commemorates the founding of the United Nations Food and Agriculture Organization and its commitment to addressing hunger and food security.

This year marks the 75th anniversary of the founding of FAO, and the world has made great progress in the fight against hunger and malnutrition. Still, more than 2 billion people do not have regular access to enough safe, nutritious food. The COVID-19 pandemic has only added to this challenge.

We might not feel it every day, but Oregon does play a role in addressing hunger around the world. And while the region grows a number of important crops, one particular agricultural product is a staple in so many countries: wheat.

Here are a few interesting ways Oregon wheat has shaped our state and the world.

Around 90% of the soft white wheat grown in Oregon is exported to more than 50 countries worldwide. This type of wheat is used for pastries, flatbread in the Middle East, and steam bread and noodles in Asia.

Japan, Korea, the Philippines and Egypt buy the largest amount of wheat from Oregon.

The Port was founded because of wheat

Many people know the Port of Portland was created in 1891 to create a safe shipping channel along the Columbia and Willamette Rivers so Oregon could become a leader in international trade. Did you also know that wheat primarily drove this decision? The Port’s founding came during the “Wheat Fleet” era, with the Columbia River becoming a vibrant hub for wheat shipping to various corners of the world.

Oregon’s wheat is grown in Eastern Oregon and the Willamette River valley. From the farm, wheat gets put on either a railroad or river, where it gets barged to the Port of Portland. After that, we help ensure it gets on its ship and out to sea, where it can then end up on a family’s table.

The Columbia River is the largest wheat export gateway in the U.S.

In a typical year, 2 to 4 million tons of grain are exported through the Port of Portland to feed other parts of the world. The Lower Columbia River is home to seven grain export terminals, which combined move over 11 million metric tons of wheat annually.

While much of our wheat heads to other countries, it still has a big impact right here at home. Wheat is grown on about one-third of the state’s cropland, which is home to roughly 2,000 farms in Oregon. Growing and moving this wheat produces more than 5,500 jobs across the state. These farmers take the income they earn and put it back in their community — making us all better off in the end.

Whether supporting local jobs or feeding the world, wheat is a crucial part of Oregon’s past and future. Join us in celebrating it on World Food Day.