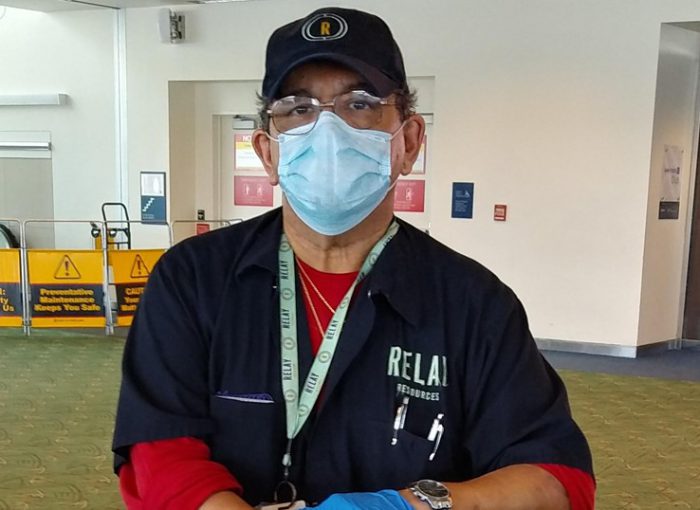 All gestures, from a kind word to a life-saving conversation, are a part of the exceptional customer service standard that is met daily by the folks that work at PDX. We say thank you every quarter by hosting a PDX People customer service award luncheon celebrating airport employees who provided next-level service to airport passengers and visitors.

The award ceremony may be virtual, the gratitude for their efforts is tangible. Here are a few stories from the employees that were recognized for their great customer service during the second quarter of 2020 (April – June).

One early morning in May, Portland Airport Fire & Rescue Boat 80 was dispatched to look for a person reported to be in the Columbia River at the North Portland Harbor. Portland Fire Bureau was already on the scene – their boats and land-based units searched the area for several minutes before Rescue Boat 80 arrived.

After searching the area and finding no credible witnesses, Portland Fire Bureau ended the response and cleared Rescue Boat 80 to return to regular service. The crew acknowledged the order but continued their search of the area on their way back to the boat house.

Shortly after starting their return, paramedic/boat operator Secor and boat operator Armentrout spotted a light in the water. It was a flashlight bouncing along the bottom of the river, about three feet below.

Quickly removing his headset, Secor listened closely and detected a very faint call for help. Using flashlights and great communication, boat operator Holter skillfully maneuvered the rescue boat to where the sound was coming from – a boat anchored about 50 feet away.

There, the crew found a man who was soaking wet and hypothermic, clinging to the back of the derelict boat for life. The team moved quickly: Secor and Armentrout saw that the man was tangled up in anchor lines and other debris and worked to cut him loose. Captain Tracy Brill requested a medic unit and fire boat, and organized a landing spot to transfer the patient. They successfully transferred the man to Rescue Boat 80, assessed his condition and began warming procedures. Upon reaching the shore, the rescue boat transferred the man to American Medical Response EMTs and cleared the scene.

“There is no doubt in my mind that the crew of Rescue Boat 80 saved this person’s life,” said Portland Airport Fire & Rescue Lieutenant Robert Bigelow. “Their dedication to duty and attention to detail in the early hours of a cold morning are worthy of recognition, and remind us to be steadfast on every call, every time. By taking the extra time after being cleared from the scene, the crew of Rescue Boat 80 made the difference between life and death.”

While working in the Communication Center, Noah Juarez received a call from a man who was clearly distraught and in need of professional help. As PDX officers attempted to locate the caller in the terminal, Noah stayed on the line, attempting to calm the man and build a rapport. But trying to identify the man’s location was no easy task – the connection was poor and eventually the call dropped entirely.

Amazingly, Noah was able to connect with the man again and, through a series of questions, Noah discovered that the man wasn’t actually at PDX…he was at the Portland Maine International Jetport. Noah quickly reached out to the correct airport’s officers, who immediately sent assistance.

This Portland, Oregon or Portland, Maine mix-up happens more than you might think, but this time the confusion could have meant the caller didn’t get the support he desperately needed. Noah did an extraordinary job of talking to the man at length, building trust, sleuthing out the error, and ultimately getting him help… from all the way on the other side of the country.

Koki Lane was working on the lower roadway, assisting passengers with ground transportation options when she was approached by another PDX employee and a traveler who needed assistance. The traveler wanted to catch a shuttle to the Oregon coast, but the employee wasn’t sure if the shuttle was running due to the coronavirus pandemic – would Koki be able to help?

Koki greeted the pair with a smile. While she knew the shuttle to the coast was suspended, she asked the traveler some additional questions to guide her to the next closest station. Koki also made sure the woman knew she would have to purchase her ticket in advance. Koki was respectful and spoke to the traveler directly and with compassion.

After the woman left, the PDX employee stayed to chat, talking about Koki’s length of service at the airport. Said the colleague, “Koki is exceptionally conscientious and a wonderful example of how PDX People make a difference. In that interaction, she demonstrated all our values – she was knowledgeable, friendly and respectful.”

Frank Estocapio, known to many as the “unofficial mayor of PDX,” always goes the extra mile at work and always does it with a great attitude. In just the month of June, he responded to spills, clean-ups and floods with an ever-present smile on his face…even if it’s currently hidden under a face covering.

Randy Thompson, contract manager for Relay Resources at the airport, confirmed Frank’s PDX People spirit. “Frank has been incredibly responsive as I interact with him, and he really takes pride in his work. He represents both Relay Resources and the PDX airport family very well.” 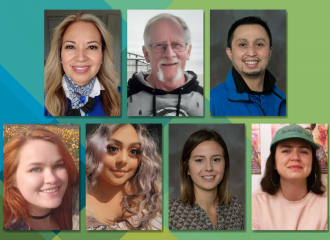 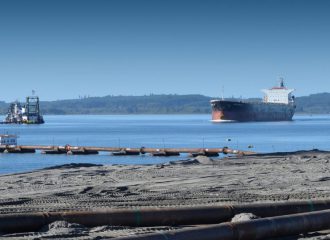 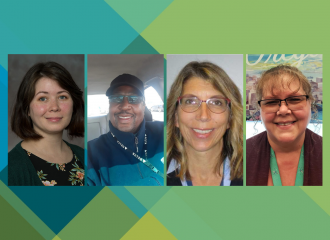