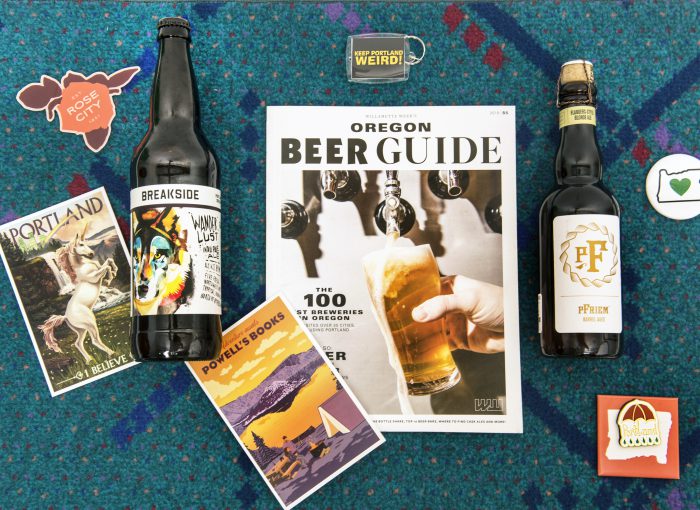 With summer travel in full swing at Portland International Airport, we’ve rounded up a few ideas to bring Portland with you, wherever you are going – or home again.

The slogan, which is said to date back to 2003, appears on stickers, keychains, even public buildings around town. According to Aki Naito, manager of the Clocktower Plaza Made in Oregon store, the motto hasn’t lost its appeal.

“People still love to buy things considered weird,” she said. “We sell everything from Sasquatch magnets to t-shirts, hair in a bottle, and poop (chocolates).”

In fact, Betsy Cordes, who manages Tender Loving Empire on Concourse D, said travelers are often looking for unusual and eccentric finds at their store.

“Our store is quirky in general,” Betsy said. “We always say you can find one of everything you never knew you needed.”

Among the offbeat souvenirs at Tender Loving Empire, you’ll find handmade cat toys shaped like human foods such as pizza and donuts, ornaments made from recycled Christmas trees, and pins and stickers with Portland references.

With nearly 100 breweries in the Portland metro area, the city’s beer culture runs deep. Arriving passengers can pick up local brews before exiting to the curb or baggage claim at Made in Oregon.

“We see out-of-towners pick up a local beer to take back to their hotel room,” Aki said.

“The interest in local beer has just grown and grown in the last five years,” he said. “You actually need a guide now because there are so many options compared to what it used to be.”

Cookbooks from local restaurants are another sought-after item.

“People like the idea that they are going to replicate the meal they had here on Tuesday night,” Paul said.

If you decide to go with a classic souvenir, consider a t-shirt that personifies Portland. Tender Loving Empire stocks styles screen printed in Portland and designed by local artists.

“Our Mt. Hood design is a best seller,” Betsy said.

Because of Powell’s iconic brand as a local bookseller, Paul says anything with their name on it is popular. Snapping a pic in your Powell’s t-shirt has become a thing on social media.

“We’ve seen Powell’s shirts on tourists all over the world,” he said. “We even had a couple go to the South Pole with them.” 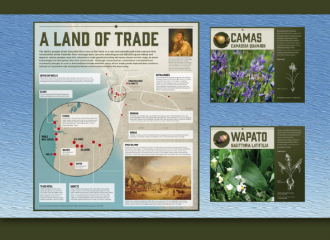