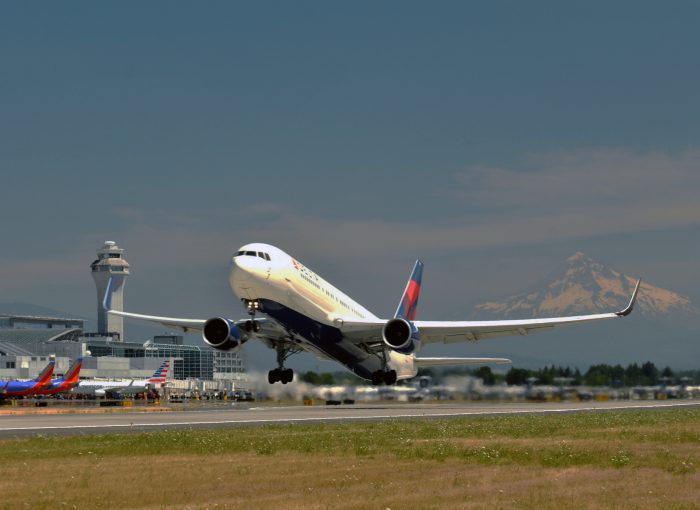 The days grow longer, the sun shines more often, school children tie up the academic year, and work colleagues discuss summer plans. Are any of Portland International Airport’s nonstop international destinations at the top of your travel list this summer? Still deciding? Consider this list of fun facts from seven amazing places you can reach by simply hoping on one flight.

Amsterdam is the most bicycle friendly city in the world. In fact, over 60 percent of trips are made by bicycle in the inner city. While there are more than 813,000 people living within the city limits of Amsterdam, it’s estimated there are well over 1 million bicycles.

Poezenboot is a houseboat full of stray cats in Amsterdam. As the only one of its kind in the world, this boat full of stray and abandoned cats is run by volunteers in the canal just west of Central Station. It has even become an Amsterdam tourist attraction.

Frankfurt may be one of the most densely populated cities in Germany, but it also has the largest inner-city forest in the country. The Stadtwald, meaning “city forest,” is part of Frankfurt’s green belt, and with 9553 of its 14,295 acres within city limits, it is one of the biggest urban forests in the world. In contrast to the Stadtwald, Frankfurt is home to two of the EU’s highest skyscrapers — the Commerzbank and the tower of the Exhibition Centre.

The city is home to Guadalajara Chivas, Mexico’s most popular soccer team. Known as El Rebaño Sagrado (The Sacred Herd), Chivas has a unique tradition of fielding only Mexican players, earning it a reputation as Mexico’s most patriotic club. The policy forces a focus on youth development projects that have produced stars such as Javier “Chicharito” Hernandez and Carlos Vela.

Just two degrees south of the Arctic Circle at a latitude of 64 degrees and 8 minutes north, Reykjavik is the northernmost capital on the planet. However, it doesn’t get that cold, as average temperature in Reykjavik in January is about the same as New York. The Icelandic city’s proximity to the North Pole means that it gets as little as four hours of daylight in the winter and as much as 21 hours in the summer, making it the perfect time to revel in the midnight sun.

To pass the Knowledge, the insanely difficult London geography test required of cab drivers in the city, you must master 320 basic routes, all the 25,000 streets that are scattered within those routes, and about 20,000 landmarks and places of interest within a six-mile radius of Charing Cross. If you see someone on a scooter with a fluorescent jacket and a large map, it could be a prospective cabbie studying for the Knowledge exam. It normally takes between two and four years to learn it fully.

Mexico City was established by Spanish conquerors in the early 1500s. As a result, the city center has more than 1,500 historic buildings, churches, cathedrals and plazas that are classified as historic or artist monuments. The historic center is also a designated UNESCO World Heritage List.

Tokyo is the largest metropolitan in the world, hosting over 36 million people spread over three prefectures. Still, Tokyo is one of the safest cities to visit, as crimes against tourists are extremely rare. It has one of the lowest crime rates per capita of any major city in the world.

The Tokyo Tower is a communications and observation tower in the Shiba-Koen district. It was originally inspired by the Eiffel Tower; hence their similar appearance. It gets repainted every five years and almost 7,500 gallons of paint are used. This process takes almost a full year and is completed completely by hand.